VyprVPN is a robust VPN solution that offers plentiful security features and servers. With so much competition in the VPN market, does it measure up to the competition? We purchased and tested VyprVPN to find out.

VyprVPN has an impressive network that features more than 200,000 IP addresses and over 700 servers in dozens of countries. With native apps you’ll be able to install and use the software on almost any internet-enabled device. Downloads aren’t capped and you won’t pay any additional fees for switching servers. VyprVPN includes Chameleon Technology, VyprDNS, and an NAT Firewall.

VyprVPN uses its own servers to protect users. That’s a feature you won’t find with many other VPN providers.

Chameleon Technology is a proprietary feature that uses unmodified 256-bit encryption. It is available for Android, Mac, Windows, and supported routers. Chameleon is included in the Pro and Premier versions of the service, but users may be pleasantly surprised to find it in the free VPN trial as well.

VyprDNS is used to bypass censorship laws and increase privacy for users. If you’re a VyprVPN user, you cannot use VyprDNS separately. It is built in to the platform and the two services are directly connected and will automatically be used together.

Setting up VyprDNS is simple and fast. The application runs in a small window on your computer and displays data such as connection status, public IP address, time connected, VPN protocol, and firewall status.

The interface design is rougher than other VPNs we have tested. Still, it was easy to use, easy to connect, and the handy graph feature provides a good look at your online status.

VyprVPN is compatible with Windows, Mac, iOS, and Android. The VPN also works on routers and TVs, such as OpenELEC, Tomato, Android TV, and Apple TV. 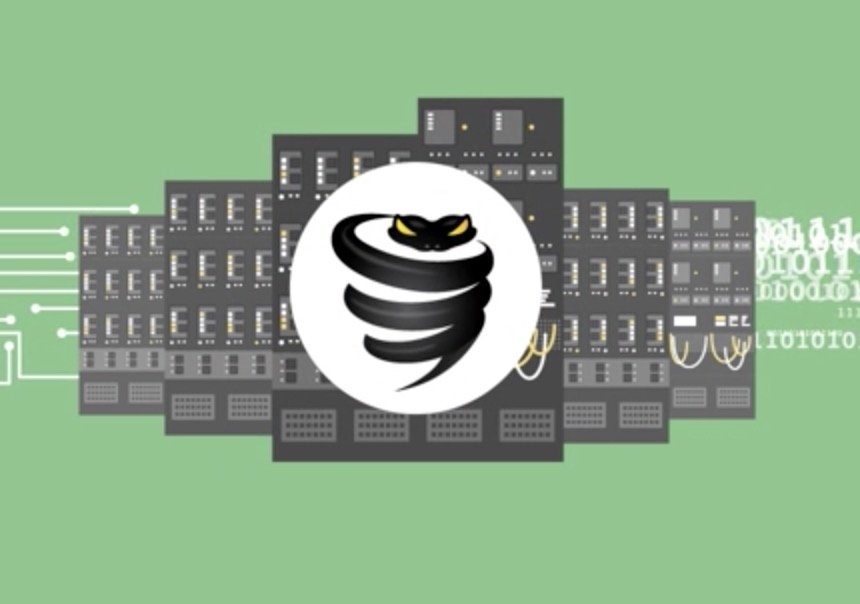 One of our biggest qualms with VyperVPN is the poor reliability of their servers. For a seemingly top rated VPN service, we were a disappointed by the amount of interruptions we experienced. It wasn’t a case of choosing the wrong server at the wrong time either; we actually switched between ranges of server locations manually, and still had the same results. 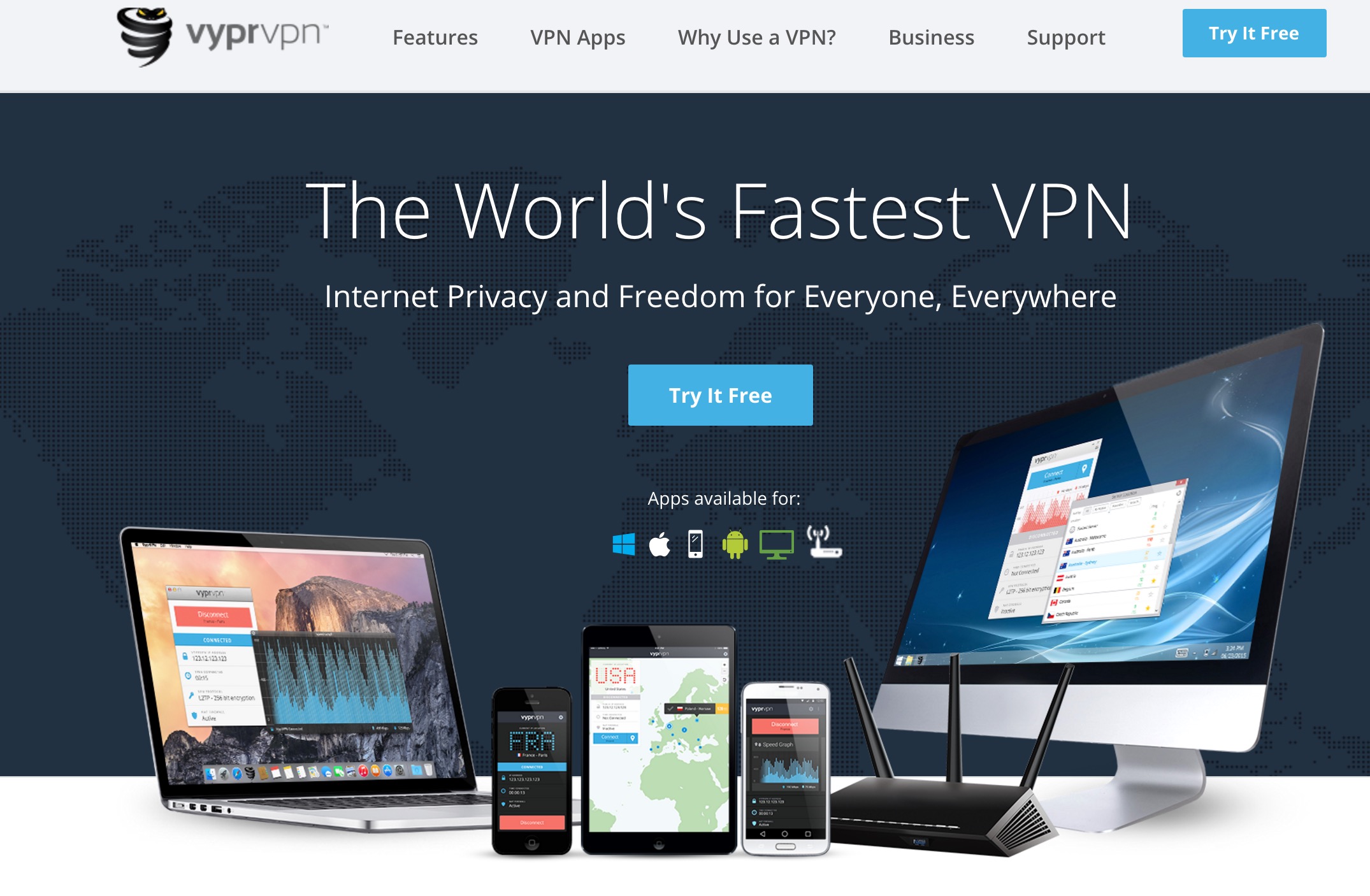 There were no fewer than 14 instances when we were disconnected from our chosen protocol. We have never had this magnitude of problems before and a quick search online found the services to be operating and functioning as expected, so we never were able to pinpoint exactly what the issue was. Customer support was not helpful in this regard either.

In our experience, customer support was lacking and, although our customer support agent was incredibly polite and more than willing to help, he seemed a little clueless. If you’re anything like us then you’ll want to have your bugs and errors fixed immediately, but we struggled to make sense of any of the instructions that we were provided, and in several instances we had no choice but to walk away without success. 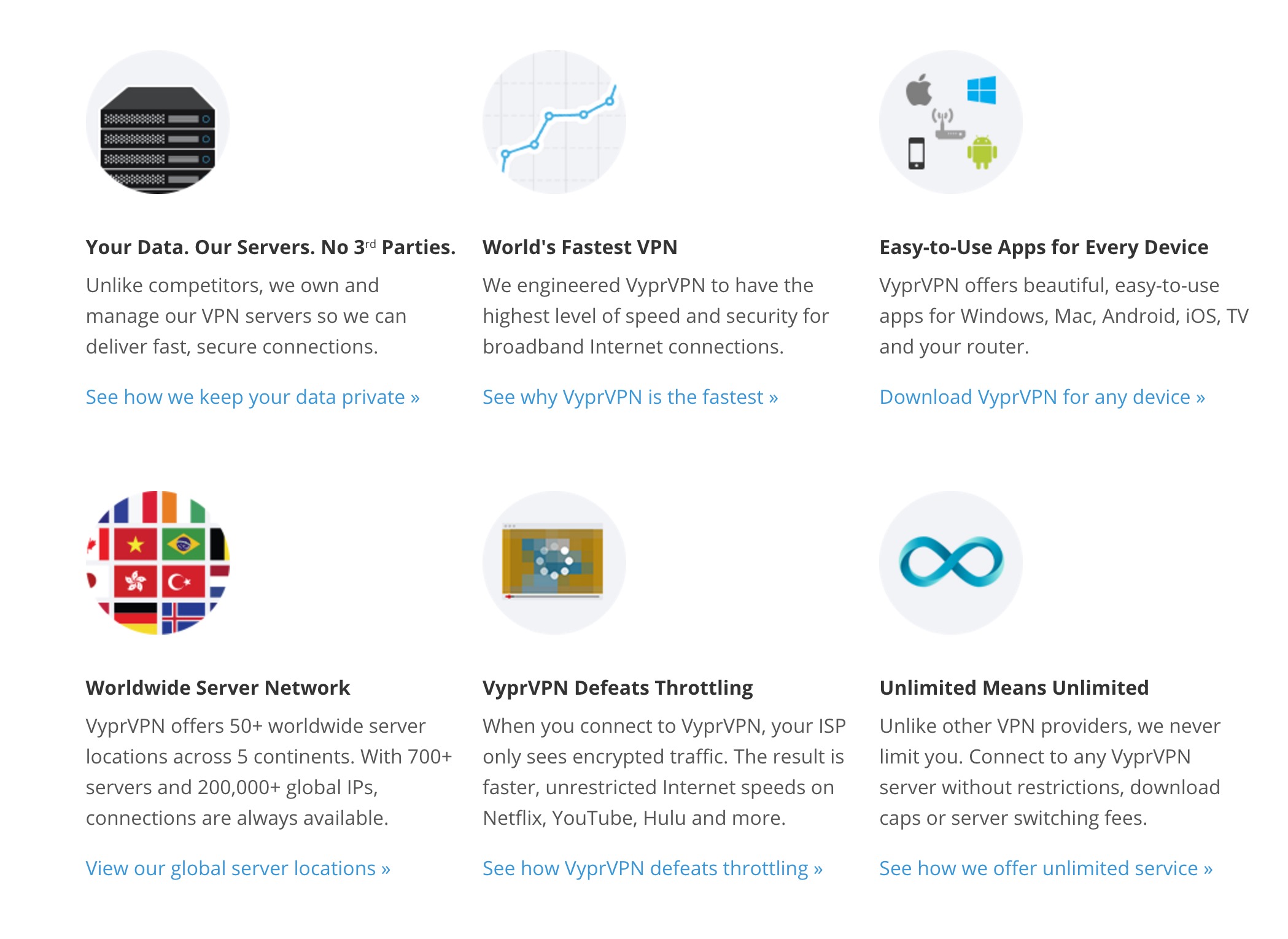 Vypr’s security policies and confidentiality promises, many of which surpass even the likes of ExpressVPN, sound excellent. Unfortunately, we were disappointed by them in practice.

Although registered in Europe (Switzerland – a country with excellent privacy laws so users are not subject to Europe’s mandatory data retention rules), VyprVPN’s parent company, Golden Frog, is partially based in the United States. That means that VyprVPN could be be forced to hand over information according to FISA and the Patriot Act, which makes them responsible for answering all requests from the DCMA relating to consumer usage.

The consequence of falling into this jurisdiction is that VyprVPN will bend over backwards to comply with state laws and policies to the detriment of their customers. As the signup process requires a large volume of identifying data, a whole host of criminal prosecutions have taken place as a direct result of VyprVPN’s data sharing procedures — prosecutions that would have been avoided when using other providers.

You may have to take VyprVPN’s privacy claims with a pinch of salt, but that holds true no matter which VPN you use. The company is also opposed to P2P file sharing and BitTorrenting, so if this is something important to you, skip VyprVPN.

VyprVPN offers three simple pricing plans: Basic, Pro and Premier. All are billed annually and include unlimited data usage. Both the Pro and Premier options include NAT Firewall and Chameleon Technology. This is one of the more expensive VPNs, but the price can be justified if you consider all the features that are included, even in the Basic package.

You may be disappointed with VyprVPN’s limited payment options. They accept most major credit cards, but only one online payment method (PayPal).

VyprVPN is by no means the cheapest provider available. When compared to other services like Hide My Ass! and IPVanish, it is almost 40% more expensive per month.  The only reprieve from this comes in the form of lower annual payments. Signing up for one year is a pretty big leap to take, however, and even with the premier package offering 50 GB of cloud storage space (ideal for downloaded files), there’s still concern about the actual functionality of the client.

The provider offers a 3-day FREE trial. Take heed, though. On the third day when the trial expires, VyprVPN bombards your inbox with emails requesting that you sign up to use the full package. Even weeks after our evaluation term, our tester email address had no fewer than a dozen separate emails from the company offering promotions and other strategies to whet our appetite.

It’s not often that we encounter a service that has such a bad ratio of bad to good features as VyprVPN. It may be fast and the prices may be competitive, but we found the quality of services and general usage to be severely lacking. VyprVPN was a letdown on almost all fronts. When their servers were operational we experienced fast browsing, but only when they were operational. The service was more trouble than it was worth in our experience and there are a whole host of alternative and excellent Virtual Private Network services that you should consider instead.